My second time in Ängsbacka was amazing, again. But different. Because of the familiarity I felt more comfortable with the family and the program. I did not go through as deep a spiritual journey as the first time, but became aware of these new insights: that staying mindful, connected with the now, is threatened by living in repetition. The body stores away sensations and experiences in deeper, less conscious parts. As to make way for new things. But in that growing feeling of family I also felt a deeper love, one that grows by proximity. We were caring, loving, expressing, enjoying, massaging, playing. We came so close and grew so much love, that I started connecting more to my bigger purpose: to enrich each others lives by being me, in all my beautiful facets. Living a life from simplicity, not adding to noise. Bringing clarity and joy. And touch! Didn’t I say to myself last year that I would start doing massage courses? Didn’t do any, not yet. But I did massage every day at Ängsbacka again, which fuelled my determination to really make it my main practice.

But I also became more aware of me rejecting what I have in me. Could I integrate it all? Maybe there was a way to take my old career into the next evolutionary stage: instead of programming myself, maybe I could use my enthusiasm and knowledge to evangelise my technological vision. So I built out my vision into a demo stack and had around 10 interviews, all aimed at becoming just that: leading tech teams into the future of computer automation. None worked out. Mostly because I could not commit to a year long of full time work, and sometimes because it wasn’t a good fit or timing, but also because I didn’t fully believe in my own silly endeavour to get back in. So I was done playing that game. Universe says no!

At the same time it became clear that I had to go to Mexico, because my parked car had to be removed. The family I paid to watch over it said police started asking questions and neighbours started talking about it. So in January 2018 I booked a ticket, and early February I went back, together with a friend. We traveled from Cancún to Tulum with the car, and stayed at the beach for almost 3 weeks. Only relaxing, swimming, exercising in the water and on the beach, doing yoga and having fun. And dealing with my new found family of beach lovers. Many beautiful souls, but also a lot of dysfunctional men that were yearning for love and peace inside. They had attached so deeply to their identities, that they didn’t want to or couldn’t let go off them. These identities were major obstacles on the path to freedom and sensitivity (which is needed to be in direct contact with reality), but their innate need for love and connection revealed itself over and over through smiles and talks. I was grateful to be there. It felt as if I was needed there.

My friend went back to NL and it was time to move on. Some of the beach family joined and we journeyed via Bacalar to Palenque. Here I stopped to help out a friend from Tulum, who was overwhelmed by his duty taking care of two friends that ended up in hospital after a psychosis. I thought my grounding presence might help, and so we walked, ate, felt, touched, slept, and then decided to do a road trip to San Cristobál de las Casas. Slowly reality came back to them, but we felt trapped in the city. So we decided to continue to San Marcos La Laguna, Lago Atitlán. My friends fully recovered in that last week there, being in nature, paddling on the water, and making plans to go back home. And when they did I was grateful to have met them, and care for them. Such wonderful people! 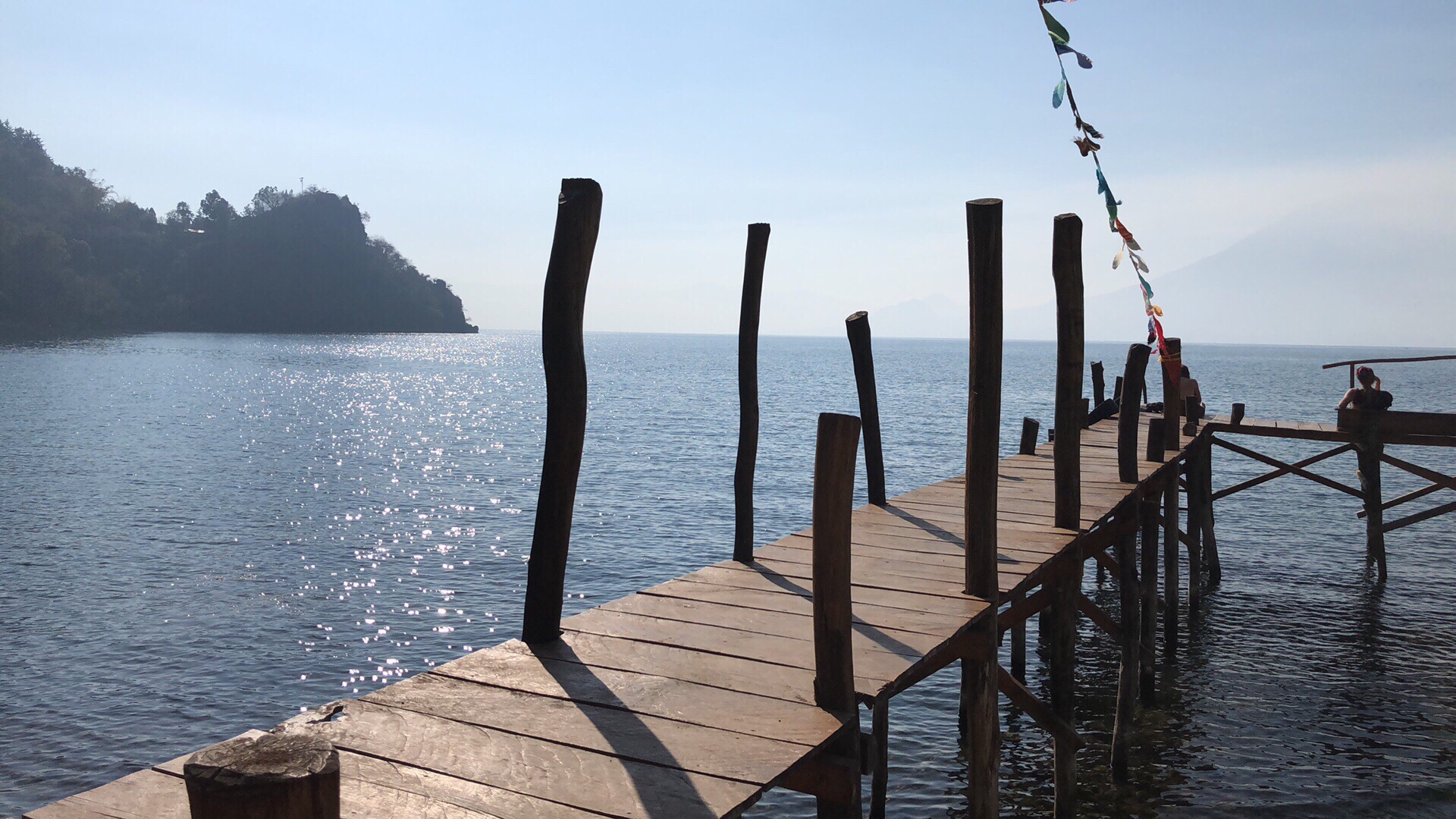 I stayed in San Marcos over a month and found a new and nurturing family. Such a spiritual vortex! Ecstatic dance every week, chocolate ceremonies, stunning views and nature. But most of all, so many open people leading their own open life. Vulnerability and uncertainty are at the center of being, hiding nothing, without pretense. It was there that I came across the Shiatsu course of Lazio Luna, and so I decided to jump in. It felt so natural! I received many compliments affirming I was on the right path. Every time I gave someone a massage I felt rejuvenated. I was meditating on their bodies, being only in the moment with what was in front of me. I felt such alignment and sense of purpose! During my time in San Marcos I also felt a growing need to put all of my strengths and qualities into service, not only through touch. I have witnessed people gain more clarity in my presence many times. When I connect with the source and step into the flow of universal wisdom, it feels as if that wisdom is revealing itself through the words coming out of my mouth. But only in full awareness of what is now, and staying connected to just that. Not going into ideas, nor judgement, nor patterns of thought, nor any of those tricks of the mind that make you lose contact with reality.

So I am trying to capture my simplistic views into writings. To support others, but also myself in crafting invitations for upcoming meetings. Because there lies a greater potential for healing the mind: helping each other discover and break through the veils we created ourselves. Finding your own blind spots can be very hard ;) And maybe I will be able to combine my gifts into a powerful session: helping to relax through massage and touch, and creating clarity in life. Ultimately leading to that peaceful trust in life and oneself, however uncertain the future may be :)

This site uses Akismet to reduce spam. Learn how your comment data is processed.